Children of Liberty: Something Wicked This Way Comes

SPOILER ALERT:  I am starting Chapter 11: "The Quarry" in Children of Liberty

"No man is rich enough to buy back his past."  ~ Oscar Wilde 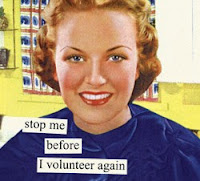 I haven't mentioned that I'm reading Children of Liberty because it's a busy time of year for me with school ending...so I don't have a ton of time to read.  For some reason, I feel this need to sign up to be a class mom every year...and between Christmas and the end of the school year, it's a wonder I don't have a substance abuse problem.

THAT SAID...there is no better feeling than having to put the book down RIGHT AWAY and blog...and I just had that feeling.  I can't stop myself, folks.  I have to say what's on my mind.

This book is fascinating because I am a sucker for class struggles.  And this book has loads of them.  There is nothing like a good Paullina Simons period novel to get you wistfully thinking of your grandparents and having an aching in your stomach to have them back again so you could ask them a million questions about their youth.

Having read The Bronze Horseman series, I know what happens to Gina and Harry.  That is the main reason I was terrified to read this book.  But I am on page 199 and they're nowhere near couple status.  Gina's got a crush on Harry...and he barely knows she's alive.  (Actually he pushes her, kicking and screaming, out of his head whenever she pops into it...but we won't get into my theories right now.)  And so far, although he reads 24/7 and takes political classes at Harvard, he has shown ("shown" being the operative word here) zero interest in politics, let alone Communism.  So I am now at the edge of my seat, wondering what is going to happen.

Once Harry decided to help Gina with Salvo's restaurant, I said "Here we go...now we're getting down to brass tacks".

But what made me jump up and grab the computer??

Alice is happy Salvo quit the mill because he was nice to her?  Wow.  And I get it - it was over a hundred years ago.  It wasn't proper for him to smile at her...and she knew he was "interested" (who wouldn't be?)  But wow.  WOW.  He quit!  And she doesn't care.  And he needs the money.  And now he's going to open a restaurant and she's going to find out since Harry is fronting the loan...and she's going to remember Salvo...

Oh this just got completely DELICIOUS!!!!!

And I don't want to cheapen this beautiful story by blurting out my usual "oh no she di'nt" banter.

That's all for now.  I have GOT to go read!  Popsicles and teacher gifts be damned!
Posted by Purgatory Carol at 8:03 PM
Email ThisBlogThis!Share to TwitterShare to FacebookShare to Pinterest